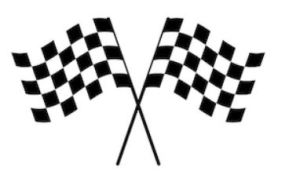 Kenneth R. McGee, 71, of New Concord passed away peacefully in his home on Sunday, July 12, 2020.  Kenny was born in Zanesville, OH on January 9, 1949; the son of the late Robert and Donna McGee.  Kenny graduated from John Glenn High School in 1966 and attended Muskingum College.  He, along with his dad, operated McGee and Son Shell from 1967-1970.  He retired from Pepsi-Cola in 2012 having served the company for 42 years.

Kenny was a member of the College Drive Presbyterian Church.  He was a 50 year member of Malta Lodge #118 of Norwich. He proudly served on the East Muskingum School Board for 30 years.  As a hobby he enjoyed detailing cars and being an umpire.  He also enjoyed golf and NASCAR, a known Ford fan.  Kenny was a devoted Muskie and Buckeye fan.  In retirement, Kenny had fun following the activities of his four grandchildren and welcoming friends to relax on his porch.

Kenny was preceded in death by his parents and step-mother, Gloria McGee.

In regard to Covid-19 and honoring Kenny’s wishes the will be or calling hours.  Private Graveside services will be officiated by Pastor Keith Taylor at the New Concord Cemetery.

Everyone knows that Kenny bled maroon and white.  In Lieu of Flowers the family requests that donations be made to the John Glenn High School Athletic Department.

To send flowers to the family or plant a tree in memory of Kenneth R. McGee, please visit our floral store.

You can still show your support by sending flowers directly to the family, or by planting a memorial tree in the memory of Kenneth R. McGee
Share a memory
© 2020 Farus Funeral Home. All Rights Reserved. Funeral Home website by CFS & TA