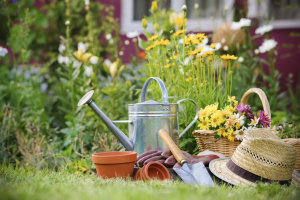 Lewis E. Dickson, 85, of Duncan Falls passed away on Saturday, August 24, 2019 at the Morrison House while under the care of Genesis Hospice.

Lewis was born in Blue Rock on July 4, 1934.  He is the son of the late John and Louise (Work) Dickson.  He proudly served in the United States Army, he enjoyed woodworking and especially loved gardening, and was always happy to share his knowledge as a master gardener.  Lewis was a Jack of All Trades who could handle any task that came his way.  Lewis began his working career at the Ohio Ferro Alloy company; he also worked as an electrician, and he retired from Clow Water System.  He was also a devoted family man who cherished his wife, daughter, and granddaughter; as well as his siblings.  He was a faithful member of Cornerstone Full Gospel Church in Duncan Falls, often devoting his time helping the church in various ways such as setting up their Easter props.

Lewis is survived by his wife, Janet L. (Brown) Dickson, whom he married September 11, 1955; his daughter, Debra L.(Jeff) Loy and his granddaughter, Rachel L. (Chris) Rice; his brother, Dana (Florence) Dickson of Huron, Ohio and his sister, Wanda Lucas of Heath.

In addition to his parents, Lewis is preceded in death by his two brothers, Lawrence Dickson and David E. Dickson.

Visitations will be 2 to 4 pm Tuesday, August 27, 2019 at the Cornerstone Full Gospel Church, 4509 Salt Creek Drive, Duncan Falls, Ohio 43734.  Funeral Services will be at 4 pm at the church with Pastor Steve Harrop officiating.  He will be laid to rest in the Duncan Falls Cemetery.  Farus Funeral Home of Duncan Falls is entrusted with caring for the Dickson family.

A service summary is not available
Share a memory
© 2020 Farus Funeral Home. All Rights Reserved. Funeral Home website by CFS