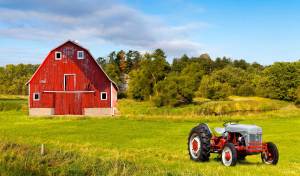 John C. Frick, 90, of Chandlersville, passed away peacefully at 6:46 pm on Wednesday, September 18, 2019 while under the care of Genesis Hospice at the Morrison House.

John was born on June 29, 1929 on the family farm.  He is the son of the late Charles W. Sr. and Ruth (Willey) Frick.  He was a 1947 graduate of Philo High School and a U.S. Army Veteran having served in Korea.  He retired from the Ohio Ferro Alloy after 30 years and he was a lifetime area farmer.

John is survived by his wife of 65 years, Charlotte (Harding) Frick, his son Robert Frick and several nieces and nephews.

In addition to his parents, John is preceded in death by his sisters, Nellie Wilson, Mary Rittberger and Evelyn Flowers, and his brothers, Charles, Frank, Robert and Richard Frick.

A private graveside services be held at the Salt Creek Cemetery in Chandlersville with Military Honors provided by the US Army Honor Guard.  The Farus Funeral Home is caring for the Frick family.

A service summary is not available
Share a memory
© 2020 Farus Funeral Home. All Rights Reserved. Funeral Home website by CFS