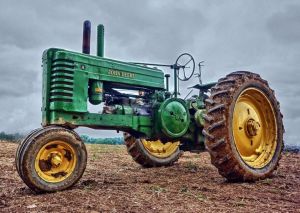 Carol A. Tooms, 76, of Cumberland passed away on Wednesday, June 19, 2019 at Genesis Health Care in Zanesville.

Carol was born on April 4, 1943 in Zanesville.  She is the daughter of the late Howard and Betty (Mills) Frisbee.  She worked as a US Mail carrier, a school bus driver for Rolling Hills School District, farmed with her husband, and also a stunt car driver.  She was a member of the Cumberland Presbyterian Church and National Rural Mail Carriers Association.

A Celebration of Carol’s life will take place on June 29, 2019 from 4 to 7 pm at the Meigs School, 8510 Big Muskie Drive, Chandlersville, OH   She will be laid to rest in Cumberland Cemetery.

Farus Funeral Home of Cumberland is entrusted with caring for the Tooms family.

To send flowers to Carol A. Tooms' family, please visit our floral section.